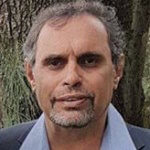 ATSIM Director
According to census records NSW has the largest population of Indigenous people in Australia. There are two indigenous church plants and one company in the North NSW Conference. Some of our western towns have significant Indigenous population percentages. For instance, Brewarrina 61.4%, Boggabilla 43%, Walget 42%, Bourke 33.3% and Moree 22.3%.

1910: Pastor Philip Rudge was commissioned to go to the Macleay Valley to commence ministry to the local Aboriginal people.  He began his work in Burnt Bridge, inland from Kempsey.

1975: George Quinlan was employed as the first Aboriginal minister in Australia.

If you would like to receive a copy of the Good News for Aborigines and Islanders magazine, please phone the ATSIM department at the Conference Office on (02) 4951 8088.

In March 2019, Adventist Community services and ATISM (Aboriginal and Torres Straight Island Ministries) ran a 10 day depression and anxiety recovery program south of Kempsey in New South Wales. This was the first residential program of its kind ever conducted for the Aboriginal community. This video shows the amazing transformation that took place with the participants. This area of work is a special opportunity for us to help people who are battling with mental illness. A second program is planned for October 2019.